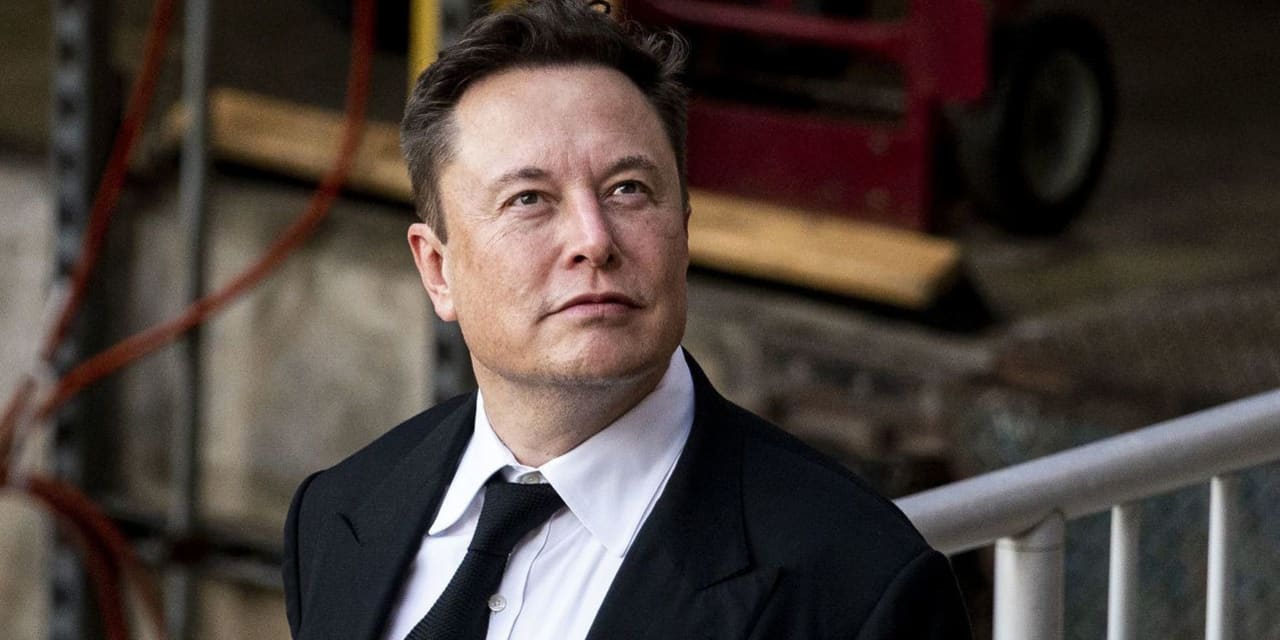 It’s been almost two years since Elon Musk announced a plan to sell nearly all of his physical possessions, including his real estate, by tweeting “Will own no house” on May 1, 2020. The billionaire Tesla Inc. and SpaceX CEO has finally unloaded all seven of the houses he once owned in California.

When The Wall Street Journal first reported on his portfolio back in 2019, Mr. Musk, and limited-liability companies tied to him, had amassed a cluster of six houses on two streets in the “lower” and “mid” areas of the Los Angeles neighborhood of Bel-Air, a celebrity-filled, leafy enclave near the Hotel Bel-Air. He also owned a grand, 100-year-old estate in Northern California in Hillsborough. He purchased the homes between December 2012 and January 2019 for a total of $102 million.

Between June 2020 and November 2021, Mr. Musk sold all seven houses for a total of roughly $127.9 million, making a profit of around $25 million, although he had mortgages on several of the houses at the time, according to PropertyShark and public records.

The buyers include Kirill Evstratov, the 37-year-old founder and CEO of financial tech company Unlimint, splashy L.A. developer Ardie Tavangarian, and William Ding, the Chinese billionaire and founder of mobile gaming company NetEase. Mr. Musk sold another one of his properties, the former home of the late actor and director Gene Wilder, to Mr. Wilder’s 53-year-old nephew, Jordan Walker-Pearlman. To date, none of the new owners have significantly altered the properties they bought from Mr. Musk. At least two say they don’t expect to make any significant changes in the future.

“I plan to keep the house as it is,” says Mr. Evstratov, who paid $30 million this past December for Mr. Musk’s Hillsborough estate. Unlimint, a London-based company formerly known as Cardpay.com, is planning to open a San Francisco office later this year, but Mr. Evstratov says the house is for his own private use.

Neighbors say that since Mr. Evstratov bought the Hillsborough property, it has been almost eerily quiet, with little traffic going to the house. That is a big shift from the almost-monthly loud parties and the parade of construction vehicles and Teslas that occurred when Mr. Musk owned the house, the neighbors say. Mr. Musk didn’t respond to requests for comment.

Of all the buyers, Mr. Walker-Pearlman is the least likely to change anything, even the décor. He has added only a few furnishings since October 2020, when he paid $7 million for the Bel-Air house where he spent time with his uncle growing up.

Mr. Walker-Pearlman discovered the home was on the market when a friend sent him a screenshot of Mr. Musk’s tweet, which said he would sell the Wilder house only on the condition that it wouldn’t be “torn down or lose any of its soul.”

“I decided to write to Elon to see if he’d consider selling it to me,“ says Mr. Walker-Pearlman, who negotiated for four months to buy it.

Four of Mr. Musk’s houses in Bel-Air went to Mr. Tavangarian, 63, who is known for his massive spec houses in Los Angeles. Mr. Tavangarian says he’s considering combining the four properties, but whether he follows through depends on permitting and entitlements. “We are looking at all the options,” he says. “We are going through the process of what it takes to build in L.A.”

Mr. Tavangarian paid around $62 million in December 2020 for the houses, which are on two different streets and range from a two-story white brick Colonial to a glassy contemporary. An area of steeply sloped, empty land lies between the two streets.

For the moment, Mr. Tavangarian says, “I have my people staying there.” The only visible difference from Mr. Musk’s ownership is that the houses now have big signs out front reading “Arya,” the name of Mr. Tavangarian’s development company.

Meanwhile, Mr. Musk says he has downsized his life. “My primary home is literally a ~50k house in Boca Chica/Starbase that I rent from SpaceX,” he tweeted in June 2021, referring to a Texas town near the Mexican border near SpaceX’s rocket-launch facility. “It’s kinda awesome though.”

He has been reported as denying reports from real-estate agents who say he has been looking to buy property in Austin, Texas, and Tahoe, Calif. The Wall Street Journal reported in December 2021 that he had been living in a waterfront estate in Austin owned by a rich friend. After that article was published, the friend said Mr. Musk was only a guest and Mr. Musk told the Insider website he did not currently live there. According to records, Mr. Musk is registered to vote in Cameron County, Texas, where the small house he’s renting is located.

Here’s a rundown of what has happened to each property.

Mr. Evstratov bought the house, known as de Guigne Court, in November 2021. Located on a leafy hilltop roughly 20 minutes south of San Francisco and north of Silicon Valley, the property had been in the same family for about 150 years. The approximately 16,000-square-foot, Mediterranean-style house sits on 47.4 acres and has five bedrooms, a ballroom and a flower-arranging room. Before Mr. Musk bought it in 2017, it was owned by Christian de Guigne IV, whose grandparents built the home; the family said it was designed by San Francisco architects Bliss & Faville around 1912. The main house has a staff wing with six bedrooms. A pavilion with 18th-century Chinese wallpaper overlooks the pool.

Mr. Evstratov describes himself as a serial entrepreneur. His first company was a small software company in Hong Kong that specialized in billing software for various industries. He started Cardpay in 2009 and changed the name to Unlimint in 2020, part of what he calls a massive rebranding. He says he also has “a number of startups that focus on various cutting-edge technologies.”

Mr. Evstratov knows the Bay Area from the time he lived in Palo Alto while attending Stanford University’s business school. He says that experience played a big role in his decision to buy Mr. Musk’s house. “I had an amazing time there,” he says. “I got to meet great people that I am still in contact with, and learn from fantastic professors. I can definitely say that that period of my life played a huge part in my decision to return to the Bay Area.”

Musk Sale Price: $7 million, with a $6.7 million loan to the buyers

This Bel-Air property, spanning roughly 2,756 square feet between the ranch house and a guest cottage, was once owned by Mr. Wilder, who bought it in 1976 for $314,000. The Elon Musk Revocable Trust bought the property in 2013. Located above the Bel-Air Country Club, the house was across the street from Mr. Musk’s main residence at the time, and real-estate agents say he wanted to protect his view. Mr. Musk used the house for parties; Ad Astra, the school Mr. Musk started for his five sons (a pair of twins and a set of triplets), was registered at this address at one point.

Growing up, Mr. Walker-Pearlman lived with his uncle at the house during summers and several other months during the year. He says he has vivid memories of Mr. Wilder’s morning swims in the kidney-shaped pool, the Sunday after-tennis hangouts with the likes of Mel Brooks and Sidney Poitier, raucous dinner parties, and listening to Mr. Wilder read scripts and play piano.

When a friend sent him a screenshot of Mr. Musk’s tweet about wanting to preserve it, Mr. Walker-Pearlman reached out to Mr. Musk’s team immediately. Mr. Musk agreed to sell the house to Mr. Walker-Pearlman and his wife, Elizabeth Hunter, for $7 million along with what’s called a “long form deed of trust and assignment of rents,” agreeing to loan the couple $6.7 million, according to public documents accessed through PropertyShark.

Musk Purchase Price: A total of $54.95 million for four houses

That same year, Duck Duck Goose, an LLC that shares addresses with the Musk Foundation and the headquarters of SpaceX, bought a modest ranch house on an adjacent street up a steep canyon for $4.3 million. A year later, another LLC tied to Mr. Musk bought a large, unfinished, white contemporary three doors down, and then, a little more than two years later, a different LLC also registered to the SpaceX headquarters address snagged a white brick Colonial next to that.

All three houses sit on a cul-de-sac of five homes, making neighbors wonder whether Mr. Musk—or SpaceX—was trying to take over the whole end of the street.

Mr. Tavangarian, originally from Iran, came to the United States as an exchange student when he was 15 years old. He says he came to L.A. to attend the Southern California Institute of Architecture. He is known for selling over-the-top homes. In 2019, a house he built in the Bel-Air area sold to a Chinese buyer for $75 million. In July 2021, he sold a spec house for $83 million. “My focus is on creating dreams,” he says.

In 2012, after three years of renting it, the Elon Musk Revocable Trust bought a 20,248-square-foot, white stucco Colonial mansion with seven bedrooms and 13 bathrooms in Bel-Air from Mitchell Julis, co-founder of hedge fund Canyon Capital Advisors, according to public records. The 1.7-acre property, which Mr. Musk used as his main home, overlooks Bel-Air Country Club, according to the listing at the time, and includes a lighted tennis court, five garages, a pool and spa, gym and guest quarters. The house, resembling a French country estate, has a two-story library and a wine cellar that holds 1,000 bottles.

In June 2020, Mr. Musk sold it via a “for sale by owner” listing to an LLC tied to Mr. Ding, public records show. Mr. Ding, whose net worth is around $26 billion according to the Bloomberg Billionaires Index, wasn’t available for comment. The grounds include a fruit orchard, a motor court and a five-car garage, according to the listing.

–Libertina Brandt contributed to this article.