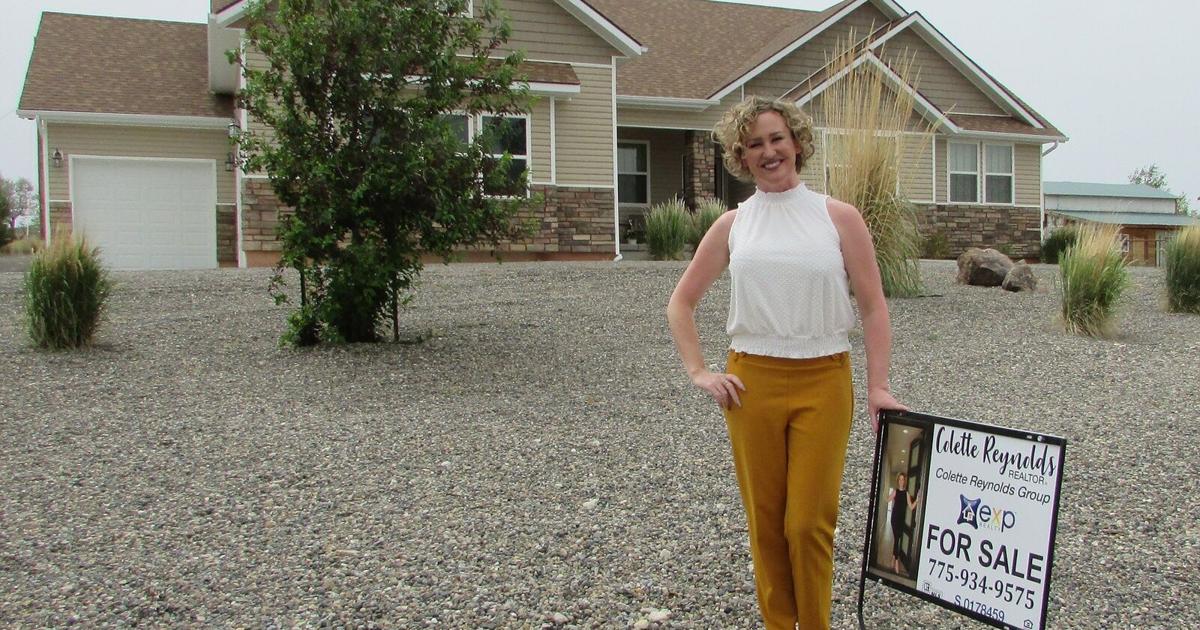 The housing market has been hot this past year, and people who have been buying or selling homes are feeling the impacts of the revved-up demand.

After living in a home in the Bitterroot Valley in Montana for many years, Ann Damrow and her husband recently decided to move to Spring Creek, where their son and his family live.

“He’s been here for 18 months with his family,” Damrow said. “They had been looking for a house for almost a year, and they told me that when a house comes on the market you have to get on it right away and always offer more than they’re asking.”

Damrow looked at houses in Spring Creek on Zillow and saw that they were generally selling within about seven days. She wasn’t ready to move that fast, but then she saw a house that she was particularly interested in that stayed on the market a couple of months. Damrow got on the phone to her Nevada Realtor, Colette Reynolds.

“I kept calling Colette to ask her questions about it and she got back to me right away,” Damrow said. “And then she called me one day and said there was another offer on that house, so if you are serious you need to act real quick, because it’s going to be gone.”

Damrow asked if there was something wrong with the house since it stayed on the market so long. There had been some offers on the house, but apparently they had not met the asking price. Damrow figured she would have to take her son’s advice and go over asking in order to get the house.

That offer got them the house, which they had never had the opportunity to see in person.

The Damrows had intended to sell their house in Montana before buying a house in Spring Creek, but things didn’t work out that way.

“The market is so hot that if you can find a house that you want you’ve got to go for it when it happens,” she said. “And the Montana market is even faster. So I was pretty confident that we could sell ours pretty quick, which we did.”

When they put their Montana house on the market three people toured site online and one person went through the house the next morning, and they had two offers that afternoon. The people they went with wanted to close as quickly as possible, and the sale was completed in less than three weeks.

“They didn’t even ask for an appraisal. They didn’t ask for anything, they just wanted to throw cash at us. It was amazing.”

Compared to the super-fast sale of the house in Montana, the home purchase in Spring Creek took a more conventional seven weeks, from the offer on Jan. 3 to closing on Feb. 23.

Damrow said she was pleased with working with Reynolds and was surprised at how smoothly the whole process went.

“I had not sold a house in 25 years. So this was real surprising to me, how easy it is. I guess it’s not always that way, but it seemed really easy this time.”

“But I’m glad it’s over. Now if somebody would come and unpack for me, I’d be really happy.”

JJ Hunt sold his home in Elko toward the end of 2021 because the Long Canyon Mine where he was working is scaling down. He said in the current housing market, the sale was quite an easy process.

“I didn’t have to work too hard at all,” Hunt said.

They started out putting the house up for sale by owner at a fairly high price, and then they listed the house with Reynolds in October. Within a couple of weeks they had a solid offer over the appraised value.

“We sold kind of at the tail end of the best part of the market last year,” Hunt said. “We got $10,000 under what we were asking initially, which was still significantly higher than what I paid for it five years prior.”

Hunt moved from Elko to Ely.

“The White Pine County real estate market I would say is significantly more cutthroat than the one in Elko,” Hunt said. “I think when I bought my house there were only eight or nine homes on the market at the time, and they were all 60 to 100 years old.”

He said homes in the Ely area move so fast, a lot of people end up selling their house by word of mouth.

“We paid an inflated price for our home down here,” Hunt said. “The kid had bought it three or four years prior, and I paid $90,000 over what he paid, for an almost 80-year-old home.”

“It’s a pretty tough market in Ely. New homes, if they were built within the last 20, 30 years, they’re in escrow before they ever even list it.”

Andrea Mumford had a brief experience as a homeowner last year, but with the hot real estate market and rising prices, her experience of reselling her house went well.

She bought a house near the golf course in Elko as a first-time homebuyer, but after about eight months she decided for health reasons she should sell the house and move into a rental without stairs.

“I ended up selling it for more than I bought it for, so that’s always a plus,” Mumford said.

She said there were other houses around hers that were selling around the same time, and they sold quickly, too.

Mumford said that even with the recent rise in interest rates, she still sees a demand for real estate in the Elko area.

“We’ve just had an increase in Elko, it’s just been booming,” she said. “I was born and raised here, and now there’s new construction everywhere.”

With mortgage interest rates going up from around 3% to over 5% in the past five months, and with an unsettled economy, is the hot housing market going to cool down?

“Simply put, the pandemic housing boom is ending,” a May 31 Fortune story declared.

One analysis in the Fortune story said 64.7% of the housing markets in the United States are “overvalued.” But even in most of those overvalued markets, prices are expected to keep going up. And in Nevada, only the Las Vegas and Reno areas were classified as overvalued.

The Elko area market is heavily influenced by the mining industry and other local factors, so it’s hard to predict whether the Elko real estate market will cool down or whether it might heat up to the level of some other rural places like Montana.

“There are just so many people moving,” Ann Damrow said while taking a break from unpacking in her new Spring Creek home. “I don’t know how long that will last, but it’s pretty wild. Especially with the economy, and interest rates going up, I don’t know how long it will be this hot. But no one ever knows.”

“The market is so hot that if you can find a house that you want you’ve got to go for it when it happens.”