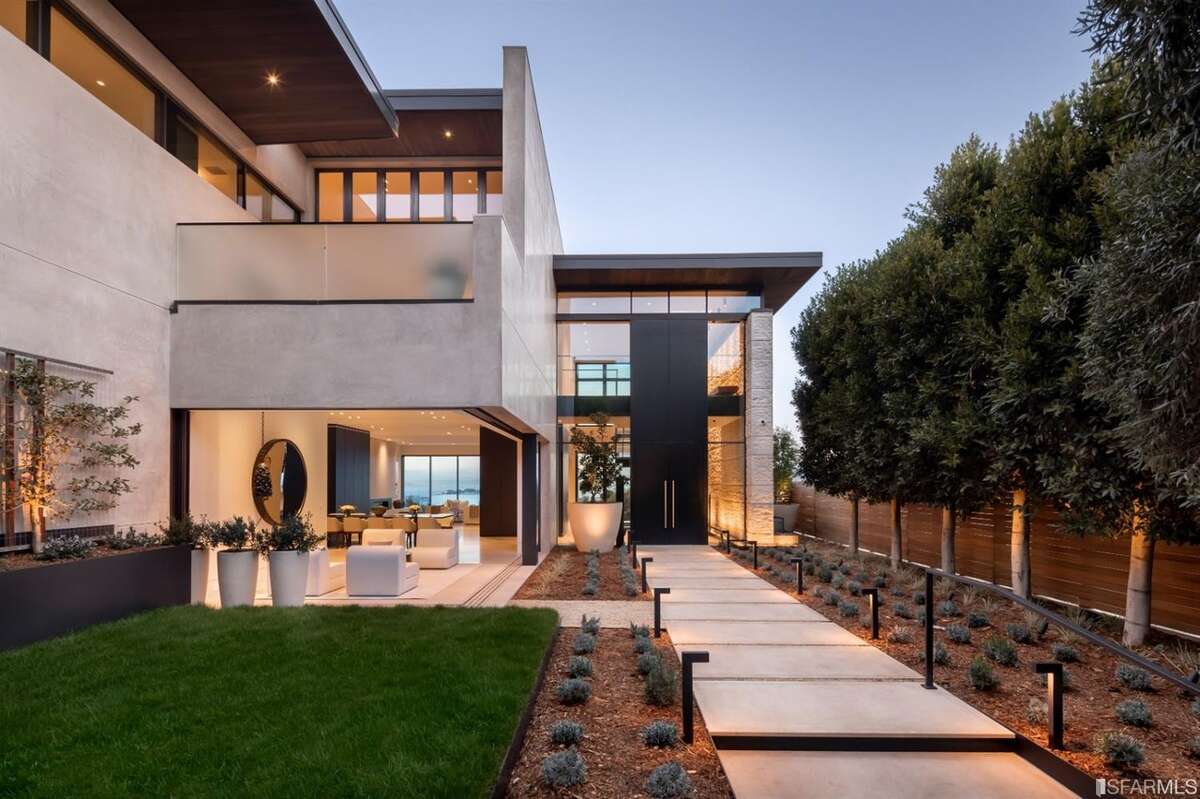 2021 was the year of the luxury home in San Francisco, but despite hot demand for these uber-expensive properties, not every luxury listing flew off the market last year. In fact, some of them are still on the market as the year comes to an end.

These are the top three highest-priced homes that didn’t sell in 2021. If they do sell in 2022 at their asking prices, they will break existing residential sales records.

In June, this home made news with its tremendous list price of $46 million. If it had sold, 2582 Filbert would have broken San Francisco’s record for the most expensive home sale ever, but as of Dec. 31, 2021, it hadn’t yet found a buyer.

The Cow Hollow mansion is 12,200 square feet of new construction, set on a triple-wide lot (the size of 4.62 standard city lots). The home was built with modern luxury tastes in mind, with a 72-foot pool, gym, and roof deck, plus a tech-friendly Tesla wall and smart mirror in the primary bathroom. Despite all these amenities, and despite a record-breaking year for luxury homes in general, 2582 Filbert has yet to find its first owner.

In October, this luxury penthouse co-op came to market hoping to break not one, but two records: both sale price and price per square foot. The 1924 trophy building offers stunning architectural detail and impressive city views, but its asking price is daunting. If this three-bedroom, three-bathroom abode sells for asking, it will command over $8,000 per square foot.

The current record for price per square foot fetched by a San Francisco co-op was set this year, by 2500 Steiner, when Unit #6 closed for $4,428 per square foot in early November. If the penthouse at 2006 Washington sells for asking in 2022, it will nearly double that record. Interestingly, this penthouse set the price-per-square record once before, when it sold for $32 million in 2015. “That $32 million sale only gave way to an even more expensive renovation by interior designer Suzanne Tucker,” wrote real estate blog the FrontSteps.

With its proposed remodel, this home’s front door will actually open on Broadway, AKA Billionaire’s Row, a prominence that has yet to attract a buyer after more than 290 days on the market. The official listing promises that “the newly reimagined 2895 Broadway fully repurposes the existing home, and creates new living and entertaining space built into the hillside below.” The new mansion will feature 20,000 square feet, with eight bedrooms and 13 bathrooms.

The home was built as a Gold Coast Dutch Colonial in 1907. According to the FrontSteps, “Zynga founder Mark Pincus bought this place for $16 million in 2012 but sold it to developers only a few years later.”

Anna Marie Erwert writes from both the renter and new buyer perspective, having (finally) achieved both statuses. She focuses on national real estate trends, specializing in the San Francisco Bay Area and Pacific Northwest. Follow Anna on Twitter: @AnnaMarieErwert.

Kelly
‘Most luxurious’ home in Lytham for sale with cinema, games room, bar and sea view – Lancs Live
Home of the Week: Inside The One, the Sprawling, Embattled Bel-Air Mansion That’s Finally Up for Auction – Robb Report