Steward sure of large support from home – Leicester Tigers 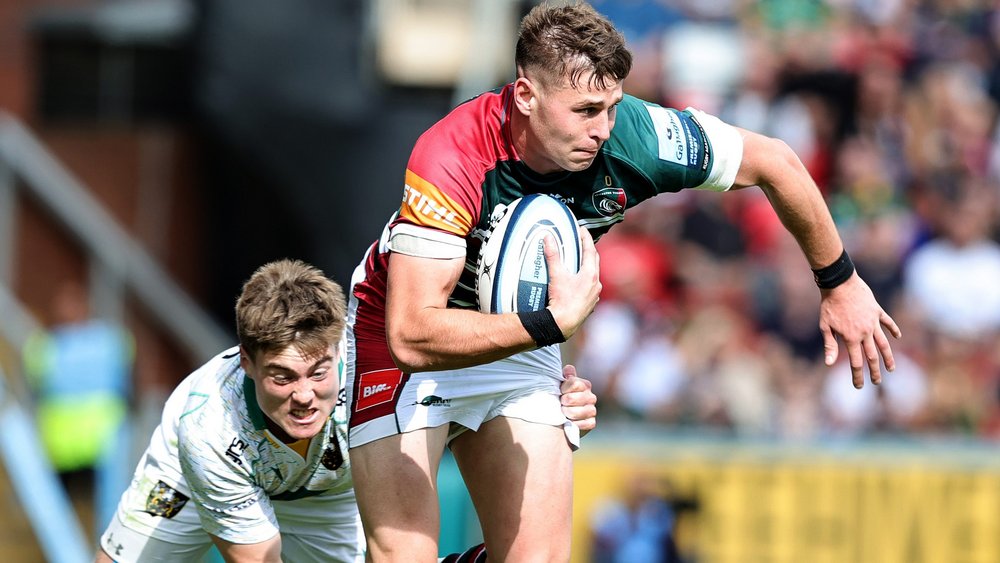 Freddie Steward believes the route from Norfolk to Twickenham will be a busy one this weekend in support of the Leicester Tigers.

The trip to Leicester is well-trodden one for players and supporters based in the East, but this week’s detour takes them to English rugby’s HQ for the Gallagher Premiership Final between Tigers and Saracens.

Steward and his former Tigers academy colleague Jack van Poortvliet are among the current Norfolk contingent in the Tigers squad, following in the footsteps of Tom and Ben Youngs, and Charlie Clare of the current line-up.

“I will have my family at the game,” said full-back Steward who has now made more than 50 first-team appearances with the club. “Mum and dad, my two brothers and my grandad as always. There will be a big clan coming to support.

“It was always the dream to play for Tigers and travelling to and from Leicester on a Monday and Friday night for the Academy was a big sacrifice and I had to be very disciplined with school work to make sure nothing was suffering.

“To come into Leicester Tigers and play in the academy and push on from there has been incredible. The whole experience has been pretty special.”

Steward has come through in a group with fellow Academy graduates James Whitcombe, George Martin and van Poortvliet, creating a bond which runs through to the senior squad.

“Those guys have spent the last three or four years together and, when you have that bond, it makes it extra special when you get to run out. To do that with your mates, it doesn’t get much better.”

Tickets are still on sale for the Final via www.premiershiprugby.com. For more details, click here.