The oldest home in Manhattan, built in 1795 for a descendant of one of city’s founding fathers, is on the market for $8.9 million — take a look inside – Yahoo News 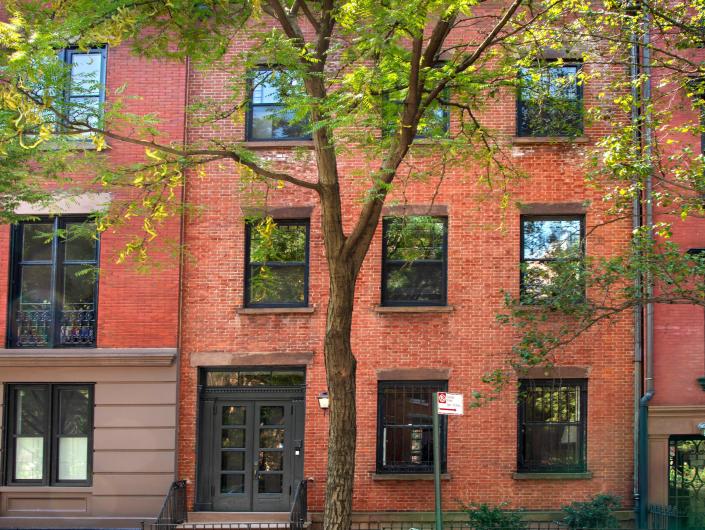 The oldest single-family home in Manhattan was just listed for $8.9 million. The 227-year-old residence has “never been on the market for sale before,” the listing states.

The house was constructed in 1795 for Nicholas William Stuyvesant, per the 1969 St. Mark’s Historic District designation report. He was the great-great-grandson of Peter Stuyvesant — the last Dutch director-general of the New Amsterdam colony, which eventually became New York City.

The house is located at 44 Stuyvesant Street and is also one of the two remaining New York City homes owned by the early generations of the Stuyvesants, per the St. Mark’s Historic District designation report.

Stuyvesant Street is in Manhattan’s East Village, where the median listing home price is $1.2 million, per data from Realtor.com. The $8.9 million home is currently the second-priciest listing in the area.

“It will be a most fortunate person who seizes this opportunity, as far as I can tell. I don’t believe this house has traded on the open market before,” listing agent Monica Rittersporn of The Corcoran Group told Insider.

The residence last traded in 2014 within the family, Mansion Global reported in May.

The Federal-style residence is a five-story building that spans 5,500 square feet, per the listing.

Houses in this architectural style are often constructed from brick and have understated designs.

“Behind the home’s simple Federal exterior are rooms with grand proportions, glorious light, and amazing views, including a landscaped private garden with fruit trees,” Rittersporn said.

The house features large windows and hardwood floors. The layout of the home has remained the same except for the dining area, which used to be the kitchen.

“The kitchen would have been near the hearth in what is now the dining room,” Rittersporn told Mansion Global.

The kitchen comes with grey-colored wood cabinets and a large glass door that leads outside.

There are five bedrooms in the house and each has its own fireplace.

The house comes with eight fireplaces in all, per the listing.

The house has four full bathrooms. They include vintage-style amenities such as a clawfoot tub and a console sink.

On the highest floor is a space that’s being used as an artist’s studio, per the listing. It comes with a skylight and has 12-foot ceilings.

“I have been selling homes for over 30 years. This house, this location is my absolute favorite,” Rittersporn said.

The property is a one-minute walk from the historic St. Mark’s Church in-the-Bowery. The land on which the church sits on used to be owned by Peter Stuyvesant, per the St. Mark’s Historic District designation report.

Read the original article on Insider

Kelly
Buying a mobile home was the best financial decision his family made — just don’t call it a trailer – CBC.ca
The oldest home in Manhattan, built in 1795 for a descendant of one of city’s founding fathers, is on the mark – Business Insider India