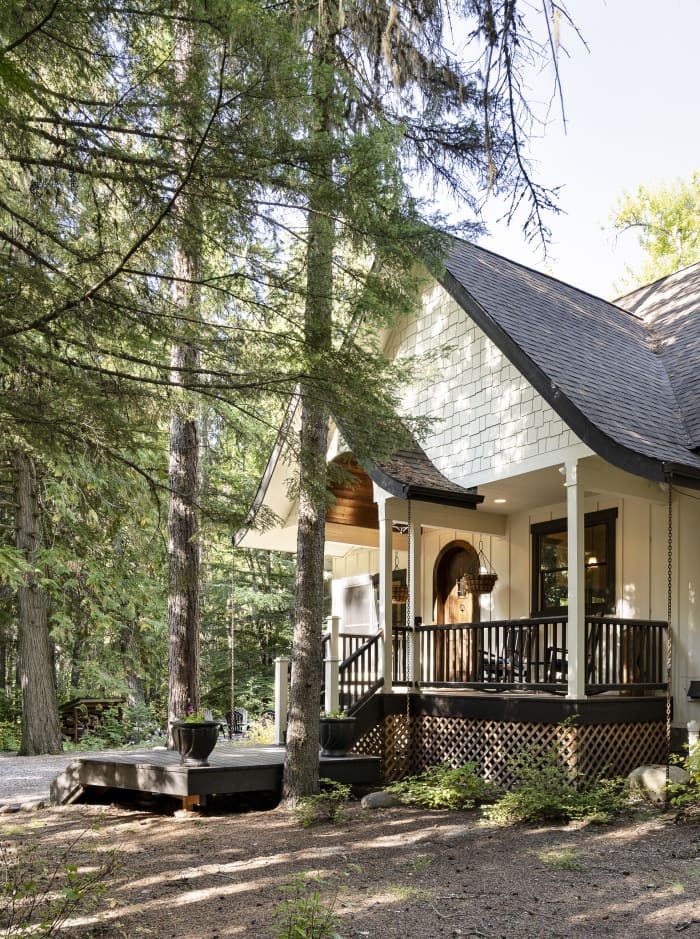 A Montana home with direct access to more than 1 million acres of outdoor space listed this week for $12 million.

The six-bedroom, four-and-a-half bathroom residence is the only house for sale within the boundaries of Glacier National Park, according to the listing with Scott Darkenwald and Tracy Rossi of Glacier Sotheby’s International Realty. Many of the homes within the park are leased, but this property offers full ownership, making it especially rare.

“It’s very unusual to have a simple deeded piece of property within the park boundaries,” Mr. Darkenwald said. “For someone to be able to actually say they have a home inside any of our national parks is unusual.”

The property is about 30 minutes from Glacier International Airport, he noted, but, more importantly, just a few minutes walk from Lake McDonald, “one of the iconic lakes in the park.”

Owner Gail Lynne Goodwin said she couldn’t believe the home was inside the park when she discovered a listing for the property in 2013.

“[The house] had not been lived in by humans in the prior 42 years, so there was every kind of critter in there,” said Ms. Goodwin, a real estate developer and founder of the website

Inspire Me Today, which shares daily inspiration with readers in more than 180 countries.

Dwight Grist, a park ranger, had brought up his family in that home, she explained. He bought it in 1947 from Milo Apgar, an early settler in the area who lent his name to the park’s historic Apgar Village.

Ms. Goodwin purchased the property from Dwight Grist’s son, James, who was in his 70s at the time. It was the first sale inside the park to a private buyer in 24 years. Mansion Global could not determine how much it traded for in 2013, but the listing price was $369,000, according to public records.

Now a new home stands on the same footprint of the former house. It has the feel of a contemporary lodge, with abundant wood and stone work and several fireplaces, according to the listing. Other amenities include a game room with a bar made from a segment of a native Montana tree, a bunk room, a screened-in porch, an eat-in kitchen and a breakfast nook surrounded by windows. There’s also a firepit and a hot tub.

A collection of early 1800s books, ranging from novels to tomes on natural history, came with the home and are now displayed in its library, Ms. Goodwin added. She also has all of Nancy Drew and Hardy Boys mysteries on display.

Behind those titles is a secret, 9-foot round room, accessed via remote control.

“The bookcase swings out and there is a door to a hidden staircase behind that goes up to the top of the turret,” Ms. Goodwin said. “There are 600 fiber optic twinkle lights in the form of constellations on the ceiling…that is just amazing for quiet, for meditation or for reading.”

But the real benefit of the home is the land, and the deep quiet that comes over the area, especially in the off season. Guests and residents have access to a myriad outdoor activities, including looking at the actual stars over Lake McDonald.

“We have a big basket of blankets…and when guests get here, we tell them, ‘take these blankets, go over to the lake, go out to the end of the dock in the middle of Lake McDonald, lie down and just watch. It is incredible how many falling stars you will see,’” she said, adding that Glacier received full certification as a dark sky park in August by the International Dark-Sky Association, an organization working to protect against light pollution.

Kelly
Pekin’s highest-priced homes can hit almost $800,000 – Pekin Daily Times
From Alabama to Wyoming: The Most Expensive Home for Sale in Every State – Robb Report