Wiese excited for next step on Tigers journey – Leicester Tigers 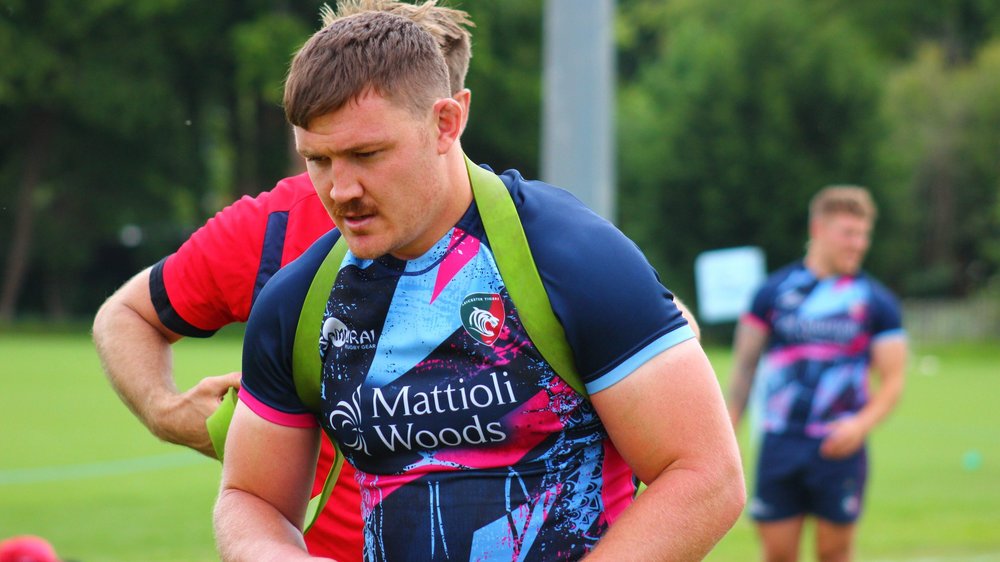 Jasper Wiese talks Tigers fans, tackle-height and the journey to Twickenham ahead of a debut Gallagher Premiership Final for the Leicester Tigers back-rower.

“It is amazing to see how far we have come in such a short amount of time,” responds Wiese when asked about what it means to him, personally, to be in a decider.

Admittedly, most would have been expecting a more selfish reply. However, they don’t know the team-focused Wiese.

Something with a smash, bang, wallop mixed in.

However, while most certainly the enforcer on the field with eyes only ever faced forwards – usually beyond the defensive line and with fire behind them – it’s the care and genuine passion for a place he has only called home for 18 months that shines through.

Wiese is well-and-truly a believer in the journey we hear so often about from those at the club.

“I think every week is special, having the chance to represent a club like Leicester Tigers and be a part of this team with the players we have and coaches at the club,” he adds.

“Yes, this week is a little bit more special and it is a big occasion – we know that – but I see it as an opportunity to show, again, how far we have come and how hard we have worked to be in that position.

“We don’t want to just be in finals though, we want to win them and we want to be successful. But, from where we were a year or so ago and to be here now, it is a lot of work that has got us here.”

In among many ‘success stories’ of the Steve Borthwick era at Leicester Tigers, Wiese stands out.

He won’t want that written or said, he’s much happier – like his coach – sliding under the radar. But, it cannot be denied.

Wiese joined Tigers having shown promise in provincial and Super Rugby back home in South Africa, but far from a household name.

Fast forward to now and he’s a Springbok, with 11 appearances, and played a major part in his home nation’s British & Irish Lions series victory in South Africa.

As for the households, there are many who now know Wiese – in both hemispheres.

His reputation upon arriving in England was one that included the word ‘hard’ more than anything else.

And sometimes, as he will admit, it was too hard.

His rise through the rugby ranks to one of Europe’s most dominant back-rowers and regular Test player has come through (that word again) hard-work. But, that is off the pitch as much as it is on it.

“It is something you have to keep working on but hats off to all the guys and coaches working with me – Steve and Aled hammering it on every week, Kevin Sinfield as well, your tackle height and clear head,” he says.

“I cannot take any credit for that, it is all the people working around me helping me every week. I wouldn’t say I have perfected it but I will just continue working hard on it, especially because I want to be out there with my team-mates and for the club every week.

“Every game and have to say to yourself to adjust, not just for your own sake but for the team.

“If I do something negative, I affect the team and so that was what showed me the most I had to change. It wasn’t hard, it was what I wanted to do for the club.”

Wiese’s definition of club is not only his fellow forwards or coaches, it’s those he has grown to love as much as they love him in the stands.

“When you come to a place and the people are great, encourage you and motivate you every single day, it is incredible,” he says.

“I have that, we all have that, at training with Steve, with the boys and all the staff every single day. But, we are so lucky to have it from 20,000 people when we play as well.

“We lift each other up, players, coaches, staff and fans. We have all been working hard and will go out and work hard together again on Saturday at Twickenham.

“It is an opportunity, like I said earlier, to do something – together – and we are excited about having that opportunity on Saturday with each other and with the Tigers fans.”